If you have read my previous post about Couchsurfing, will realize that it’s such a great way to integrate and immerse yourself in the local culture of a place. Couchsurfing is an online community of like-minded kindred souls based on kindness and trust. The locals open up their homes to travellers for free in exchange for cultural exchange. It’s a great budget-friendly option and an alternative way of travelling. To discover how I started Couchsurfing, read my article at http://nomadskitchenstories.com/couchsurfing/

My first Couchsurfing stop was in Stockholm, Sweden in August 2014. I booked my tickets from Delhi to Stockholm, once I got a positive response from my prospective host, Harald on the Couchsurfing website. He assured me that he was happy for me to come and stay with him and his daughter. His profile had good reviews and so I agreed and decided to take the leap on my first Couchsurfing experience. Although my parents were worried and concerned about me staying in the house with a stranger, especially a man in a new country, they supported my new adventure. Honestly, I was both grateful and nervous, but also excited about discovering this a new concept. So I took off only to love this amazing new way of travelling. Keep reading to find out.

A day before my departure, I felt overwhelmed with anxiety. I have travelled many times alone as a teenager and in my 20’s, but always with a mapped out plan. This time going to a stranger’s home raised many questions and fears. What if he turned out to be a psycho or was playing a prank on me or would leave me stranded homeless. After all, there are no guarantees, couch surfing is based on reviews and trust.

Once in Stockholm, the 1st task was to get a phone number which was easily available from the airport. And surprisingly, so cheap! Right away I called Harald on the number he had provided me. All my fears were washed away once I spoke to him as he sounded credulous and serious about my stay. He even came to pick me up at the station! It seemed too good to be true! Until he took me straight to lunch with my luggage and insisted on paying for the meal. Wow, favour on top of favour! I had the best Swedish thin crust Pizza as we chatted about all sorts of things; I could sense my excitement building up even though I was tired from the long flight and 2 days of sleepless night. If couch surfing represented such warm hospitality, I was waiting to find out more. And better it did with time….

I was pleased to find a quaint beautiful clean home. And contrary to popular belief about couch surfing that one gets to crash only on a couch with 2 other people, or that you don’t get your privacy, Harald actually gave me access to his daughter’s room and I had complete privacy. In fact, he had converted his living room into his bedroom which was accessible to me as his guest. Did I mention that Harald has a beautiful 8-year-old daughter, Miriam and I absolutely fell in love with her. Although she preferred to speak in Swedish, we found our own communication

Harald handed me the keys to the apartment and took me on a 4-hour walking tour of Stockholm, as we walked everywhere my excitement was building and even though I was jet-lagged, I felt charged up. Perhaps it was because of Harald’s effort to make me feel at home and get me familiar with the city. Stockholm is not a very big city; of course, it’s divided into Islands but very easily accessible and easy to navigate in the surrounding areas of the city.

The 1st night of my stay there, Harald announced that he will spend the weekend at his summer house outside the city as he wanted me to feel comfortable, to give me my space and privacy for a few nights. I guess he wanted me to feel safe to build my trust in him and in a strange home, strange land, ironically trusting me with his home. Upon his return to the city flat, we connected over some great conversations and stories that we both had to share about our lives. Harald’s adventures in Palestine, India and everywhere else reflected in his warm and open personality. His fascinating and orderly library sang songs of his passion for religion, politics and cultures. Later on, he entrusted me his home for a week to go to Ireland on his work trip.

I stayed with Harald and Mirijam for a month and though it’s not common for couch surfing, he let me stay graciously. This was my kind of hospitality, built on trust and giving space. Growing up in India, hospitality flairs to overfeeding the guest with a copious amount of food and lingering around them to make sure they have a great time and then wondering when they would leave. Of course, there’s nothing wrong with either, however, the Swedish hospitality worked just fine for me as I like to be left to my own exploration devices and free will.

Couchsurfing has had such a profound impact on me that’s stayed with me even after all the time lapse. To show you, how deep the connections can run deep with the hosts, I will share with you this little story.

Fast forward to two and a half years of my encounter with Harald and Mirijam, while they were busy living their lives in lovely Stockholm and I was travelling around the globe, busy falling in love with the man who is currently my husband. When we finally decided to get married, I thought of all my friends I could invite to my wedding. And Harald and Mirijam’s names popped up in my head. Why? Because I had been deeply touched by their generosity and kindness and they made my first Couchsurfing experience truly loving and sweet.

So, I got in touch with Harald and invited him to our wedding in India. And, guess what they both came along with Harald’s older daughter, Nora. Now that was just such a heart felt gesture, that they still cared enough to celebrate in my happiness. So, even though after marriage, I have stopped couch surfing, I am definitely continuing to spread its love. 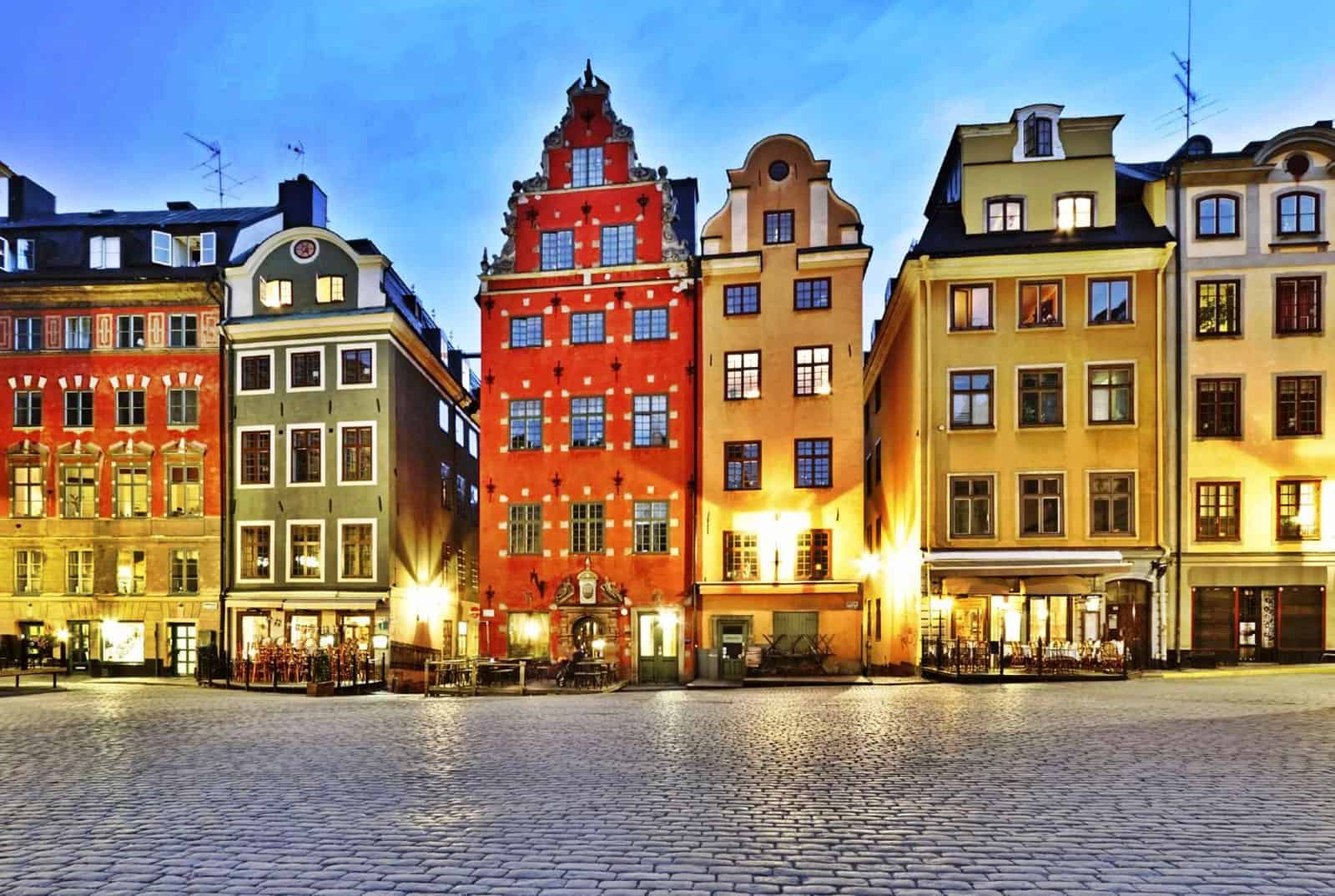 A Vegetarian in Stockholm Couchsurfing- an alternative way to travel